The German airline giant Lufthansa (Deutsche Lufthansa AG) has jointly launched a blockchain competition with the global software firm SAP to stimulate blockchain innovation in the airline industry. The competition is called the Aviation Blockchain Challenge, and the two companies are looking to pilot groundbreaking ideas arising from it.

The competition should also help to encourage blockchain adoption in the airline industry as well as the logistics industry, which are part of most companies’ supply chains. The concept of using blockchain for supply chain management has been developing and spreading fairly quickly, as couriers and transit companies in general grapple with the coordination of thousands of packages and passenger flights.

In many cases, couriers and airlines already have advanced supply chain management systems in place, but more efficient collaboration between third-party airlines (for example: Lufthansa and Southwest Airlines) would be beneficial. For example, blockchain technology can be used to implement an immutable record, which hundreds of airlines can write events to without affecting each others’ entries.

Said airlines can also quickly and easily track each others’ flights on such a record (this record would be called a blockchain) and use that to make informed decisions about which flight to book to get a given customer (or cargo) to their destination quickest (or at the lowest cost). You might be thinking, why can’t this be done without blockchain? It’s just a bunch of companies talking to each other.

It can be done without blockchain, but there’s always room for improvement. If using a blockchain to do it, the following benefits can be realized:

Third-party airlines, including startups could easily access flight data without accessing Lufthansa’s internal API or database. An airline can maintain its own internal database of flight information and then write it (or whichever portions of it they see fit) to a publicly viewable blockchain (which is a form of database). That blockchain could also be accessible only to participating airlines with credentials as well. Essentially, there would be a shared database and an internal one.

Theoretically, a well-implemented blockchain enables you to write to it without interfering with anyone elses’ entries or corrupting their data (thanks to the immutability of blockchains). Every airline can store a copy of that blockchain on their own nodes and help to maintain data integrity. This takes data backups to a new level!

Blockchains use hashing to verify data integrity, and for security purposes as well. A well-implemented blockchain modeled off Bitcoin’s is highly resistant to data corruption (possibly more so than any other technology) because nodes on such a blockchain network will reject entries with incorrect hashes.

Data corruption is unfortunately something that is typically detected after the damage has already been done to the affected database, but in the case of blockchain, it is preventable from the moment the corrupt data is broadcast to other nodes. The nodes will reject it.

Companies are saddled with the responsibility of protecting themselves and customers from the consequences of hard drive failure, corruption and natural disasters. Considering the multiple backups that have to be made on and off site to prevent data loss (and that backups become corrupted), creating a blockchain sounds like a no-brainer!

Blockchains have a preventive approach (mentioned above) to data corruption, so Bitcoin’s blockchain for example is unaffected if one of the nodes experiences a hard drive failure or is destroyed in a fire. The owner can simply reinstall Bitcoin Core (the software nodes run) on a new hard drive or computer and it will automatically download a fresh, uncorrupted copy of the blockchain.

This is hypothetical, but I think that blockchain might facilitate more efficient data acquisition by storing a copy of all flight data on one blockchain as mentioned above. This way, Lufthansa could get information on all airlines’ available flights and ticket prices from their own locally-stored copy of the blockchain (because nodes constantly sync blockchain data), all airlines can easily keep an up-to-date copy of all flight info from all airlines around the world). This means they can avoid sending queries out to each of the hundreds of airlines. Time can be saved because its faster. 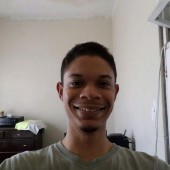